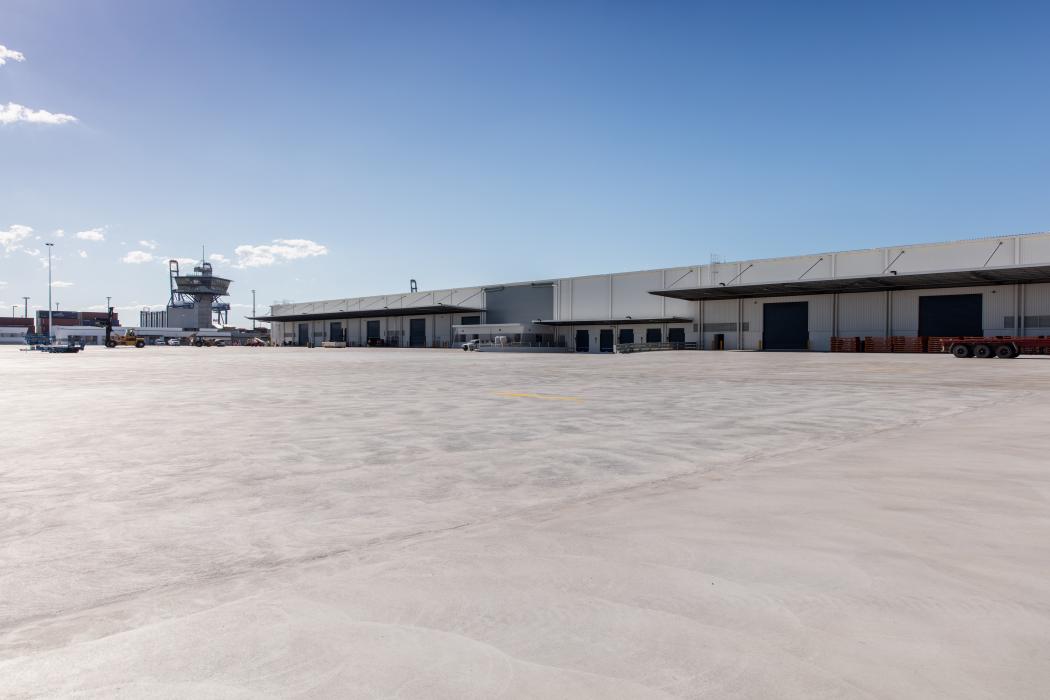 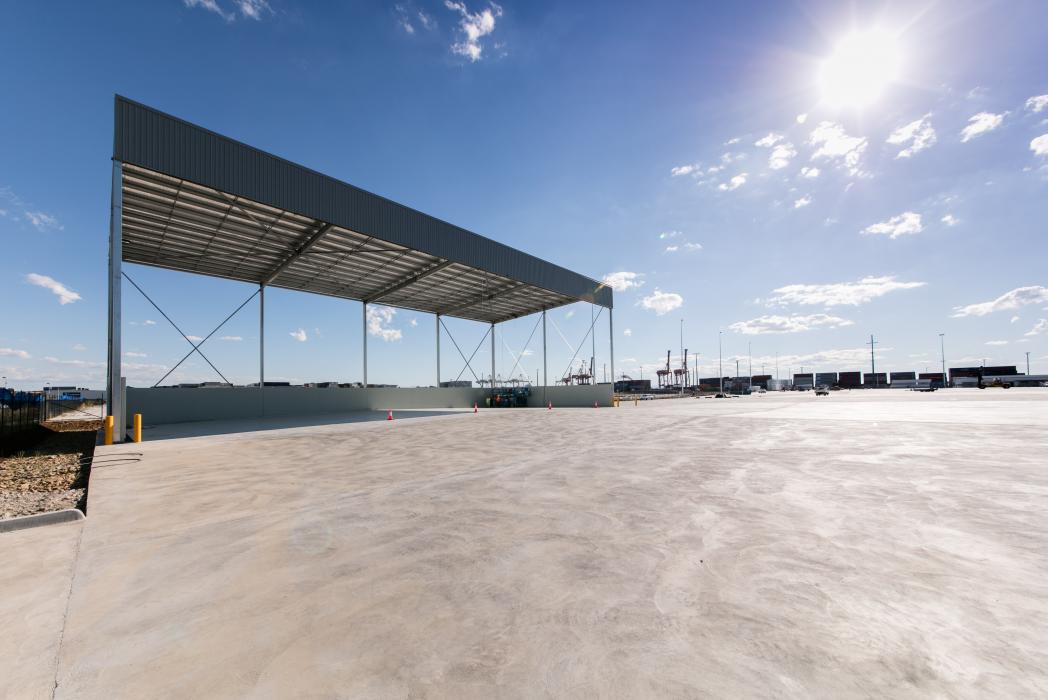 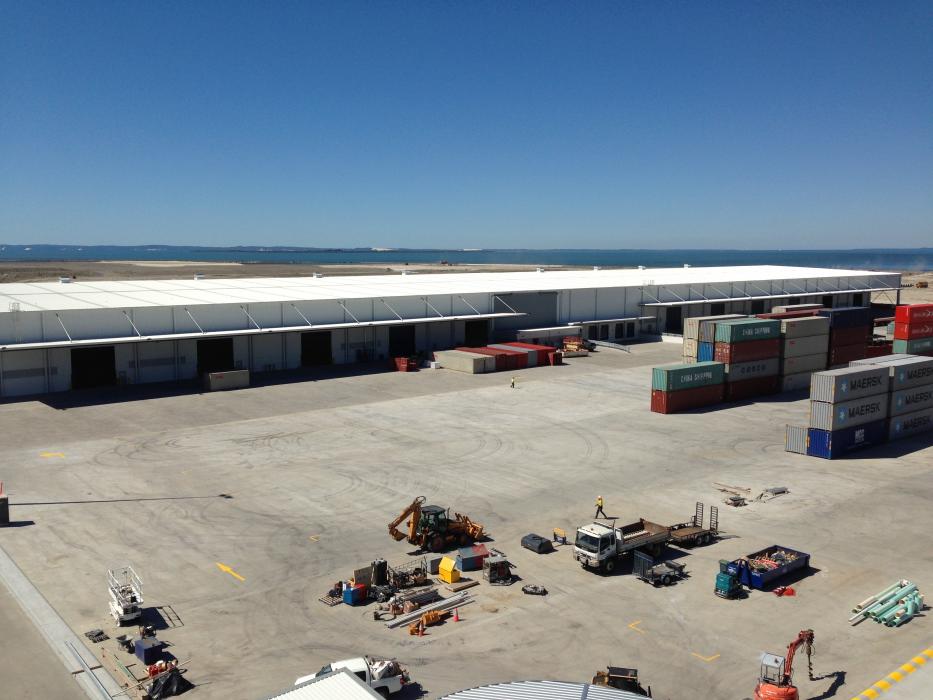 Senior structural engineer and Northrop Principal Todd Halliday, who oversaw the design and installation of the slab at the new container facility, sees huge potential.

“What we’ve done at ACFS is found a genuinely novel way to lay concrete in Australia.

“This is real innovation. This technique costs significantly less than a traditional pour of equivalent size, it sets faster and it will last better. It is more sustainable as by eliminating joints we more than halve the thickness of concrete required.

“It also works well on any type of soil, which is really important on the reclaimed land at Port of Brisbane.”

The new technology, known as ‘Combi-Slab’, relies on small custom-engineered metal fibres mixed with the reinforced concrete as it is poured. These metal fibres distribute the loads placed on it evenly – even in a container facility where the foundations are required to handle loads of over 100 tonnes at any single point!

The technology has been used successfully in Europe but not on a large scale here in Australia before.

“For structural engineers, having joints between concrete slabs has been a necessary evil. Joints are without doubt the worst part of traditional concrete slabs,” said Halliday.

“Joints add huge costs both in construction and also maintenance, because over time joints will degrade and break - requiring expensive repairs.

“The metal fibres work because they allow loads to be transferred evenly over a wide surface area. With this technology, the concrete actually becomes malleable – it bends and flexes.

“We have engineered ‘controlled cracks’ into the concrete to achieve this flexibility. We’re talking microscopic cracks, less than 0.2mm wide, and about around 100mm apart – that make it all work.

“There’s been a bit of a learning process for everyone involved in the project that these cracks are there by design. The fact is these are the sort of cracks you want in your slab!”

Halliday and other structural engineers at Northrop are excited to be pioneering this new technology in Australia. 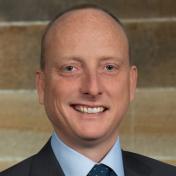