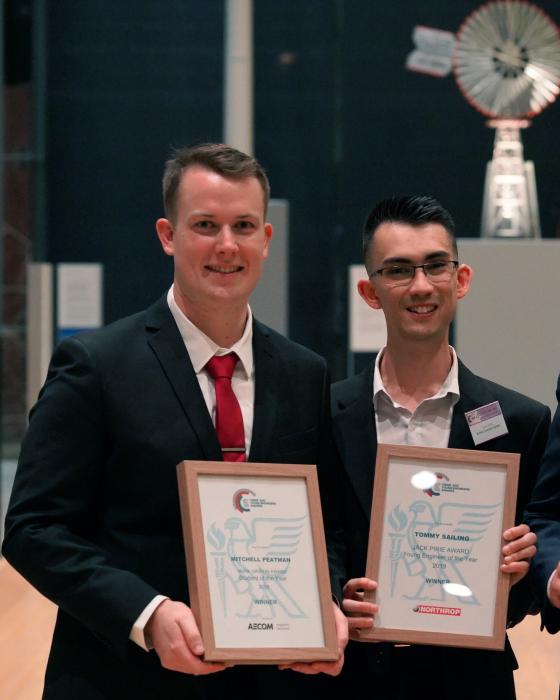 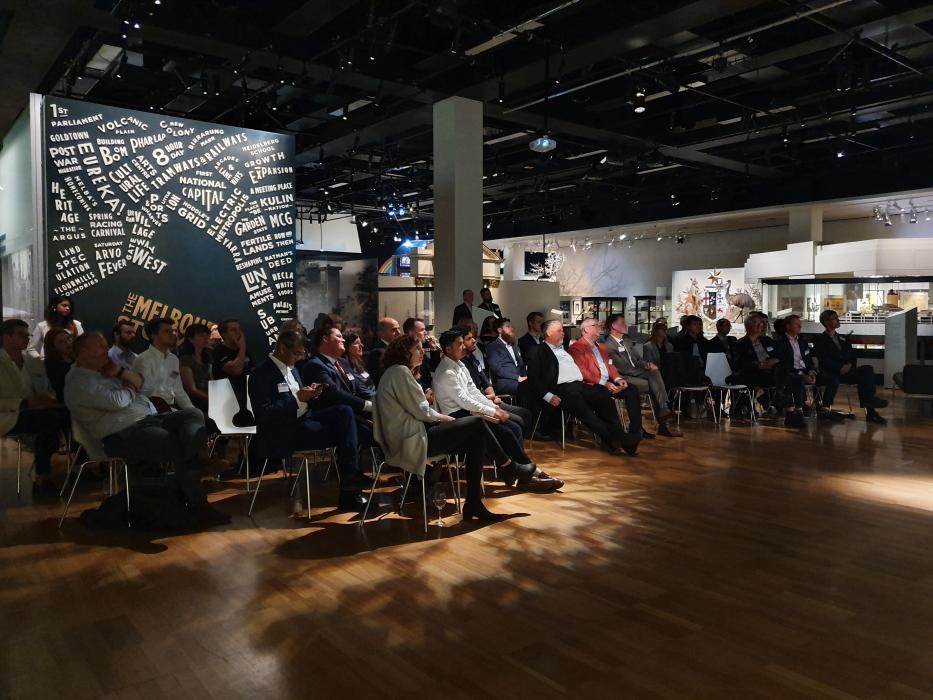 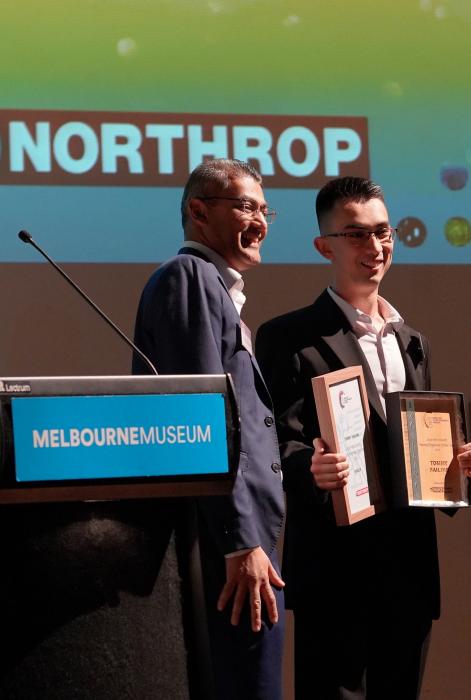 Congratulations to Northrop’s Mitchell Peatman and Tommy Sailing who were recognised at the 2019 CIBSE ANZ Young Engineers Awards.

Mitchell, who is studying a Bachelor of Engineering (Electrical) at the University of Wollongong, took out the ‘Mark Griffin Award - Student of the Year’ category. Tommy, an Electrical Engineer, won the ‘Jack Pirie Award - Young Engineer of the Year’.

The building services industry gathered at the Melbourne Museum on September 12th, as nine students and young engineer finalists were flown in from around Australia and New Zealand for the much-anticipated winning announcement.

The young engineers and graduate entries were judged on their contribution to the building services industry and their video responses, presenting what they believe are the most novel, scalable and implementable ideas that could be applied to building services to reduce greenhouse gas emissions. Student of the Year award hopefuls were challenged with a video response to the same question.

Congratulations Mitchell and Tommy on your well deserved wins!

Judges comment: Tommy has demonstrated original thought and presented a solution over the life of a building.