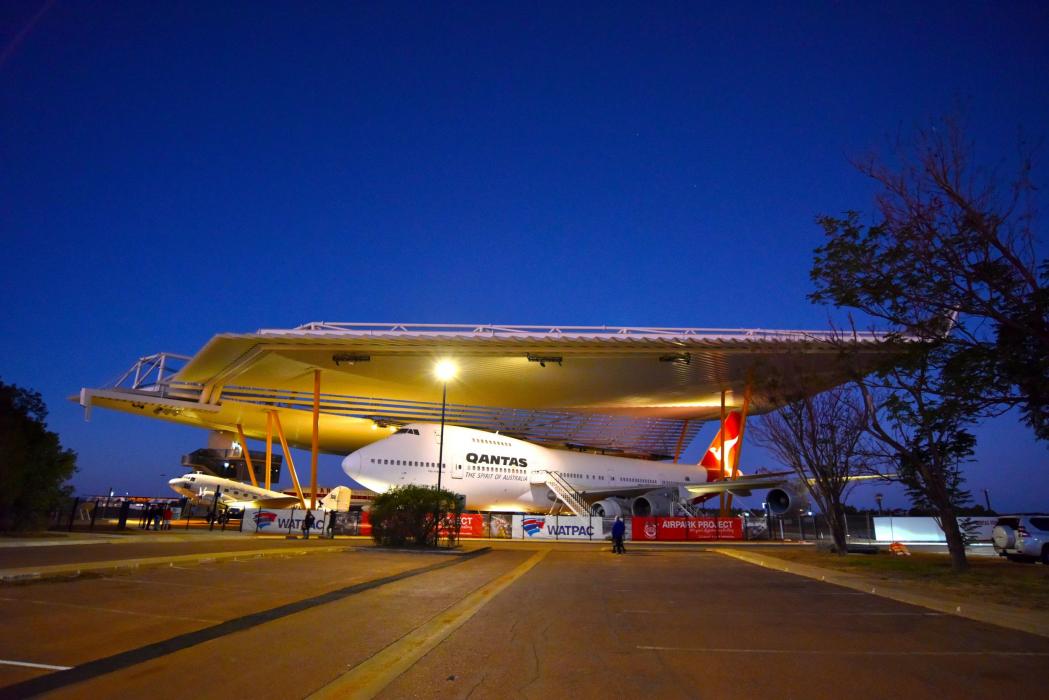 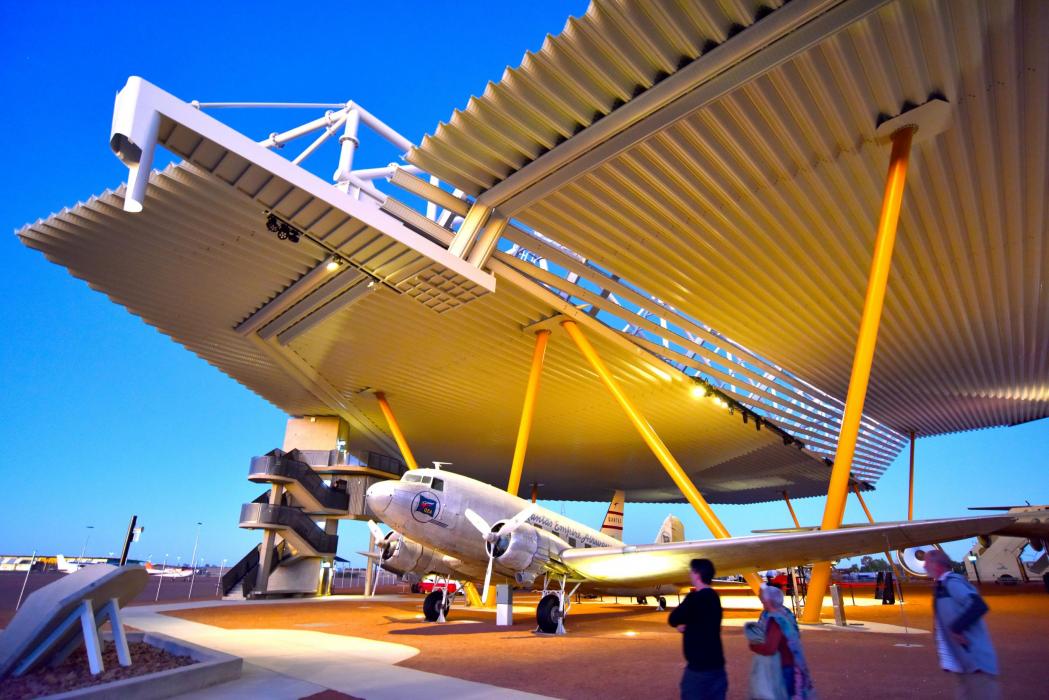 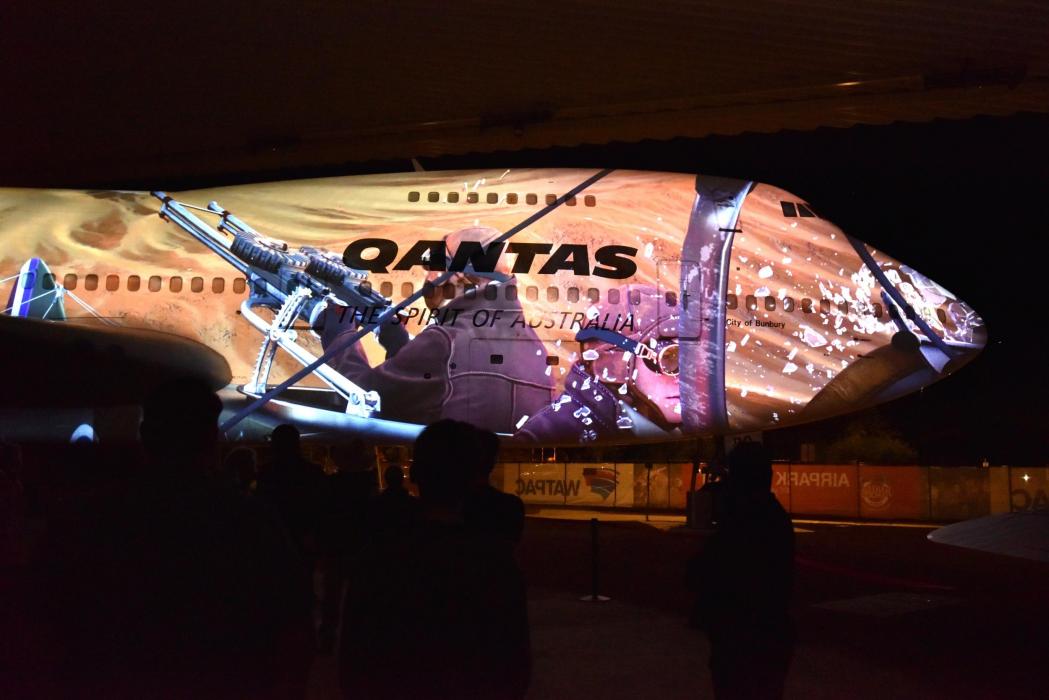 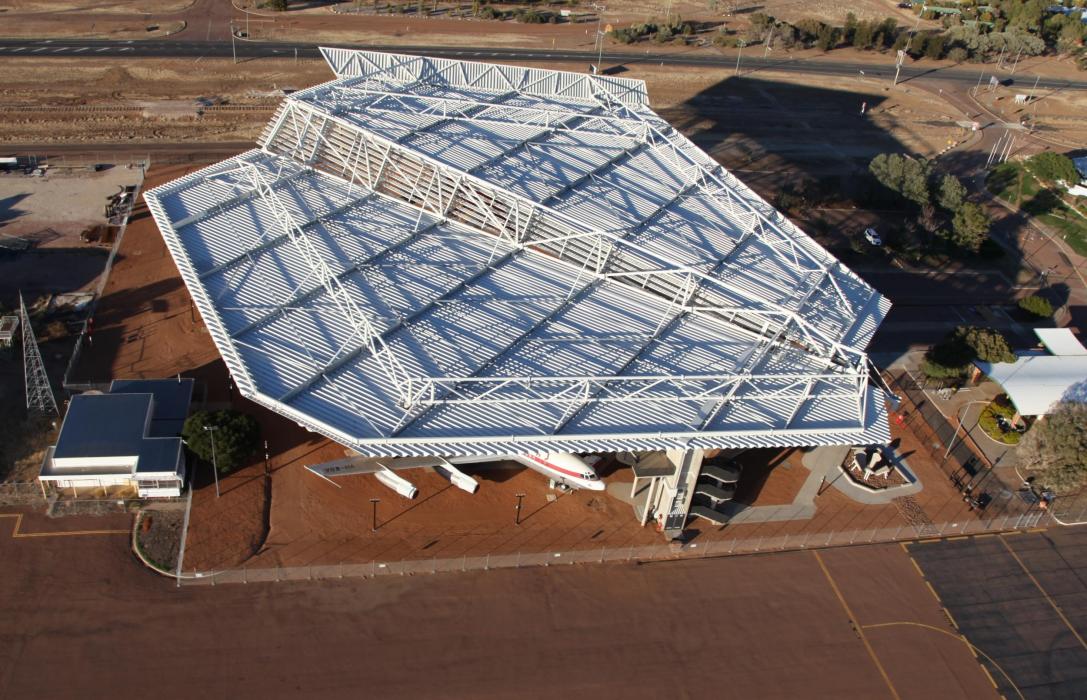 Northrop are civil and structural engineers for the development of a new 9,000 metres squared canopy at the QANTAS Founders Museum, Longreach. The canopy has been developed to provide much needed shading for the QANTAS 747, 707, Catalina and Constellation as well as cater for QANTAS’s 100-year anniversary event in 2020. The development includes landscape and civil works around the perimeter of the site as well as elevated viewing platforms and lifts within the facility.

1.      Twelve 508CHS columns – configured to maximise view and limit obstructions beneath the roof – whilst bracing the roof structure from the canopy to the foundation.

2.      Primary central spine truss – approximately 7.5m in depth, located at the roof step which moulds the steel between an upper canopy and a lower canopy.

3.      Perimeter ring truss forming the edge of the canopy tying all the columns together bracing the roof. Like the Central Spine truss, the ring truss is moulded by the OLD and Aircraft clearances below.

4.      Suspended beneath the roof trusses are a grid of steel beams on approximately a 13-metre grid. The steel beams are the primary support for the Aramax sheets which were to be suspended beneath the beams to enable an unobstructed and clear soffit to the airpark. This enabled all steel to be on the surface of the roof, which provided for better maintenance of the steel.

The design of the roof was extensive and went through many different geometric and methodology changes in collaboration with the architect, NRA-Co-Lab, and Watpac throughout the design process, including construction.