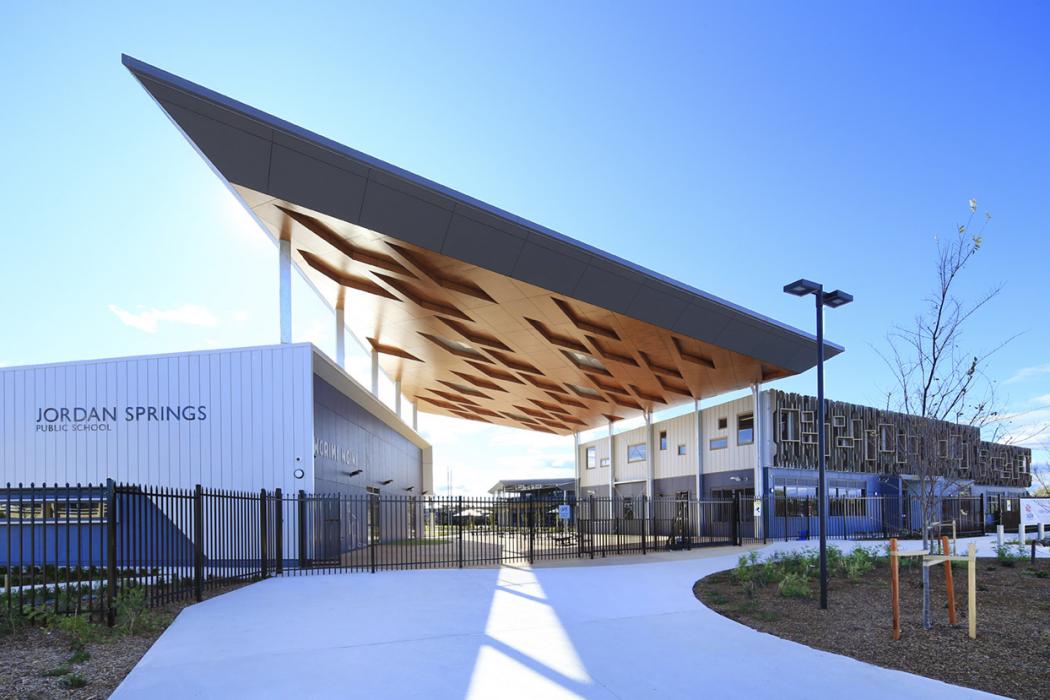 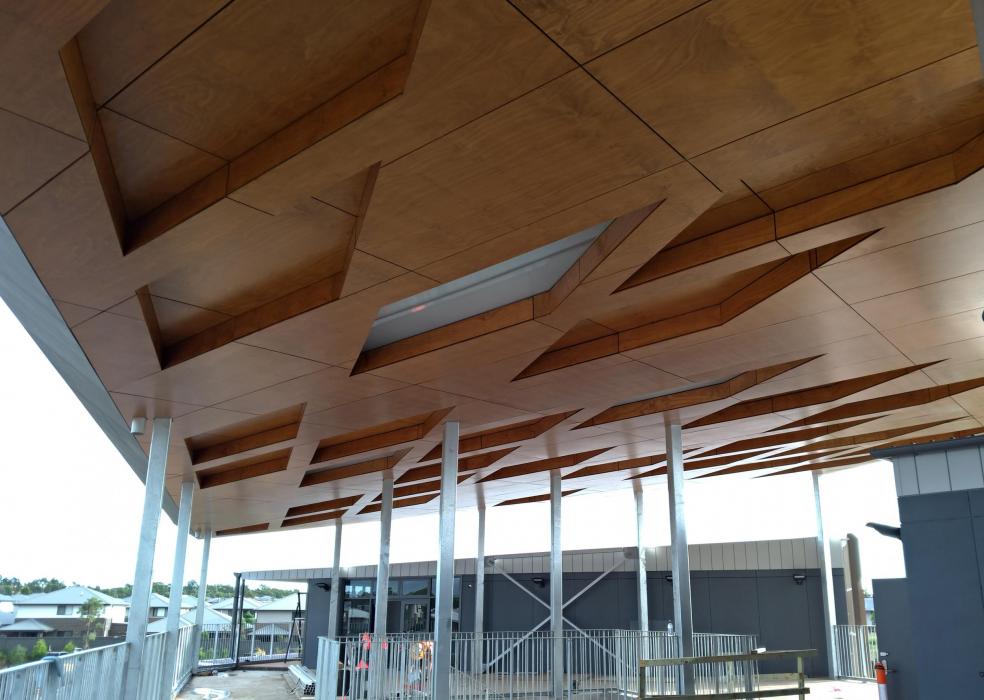 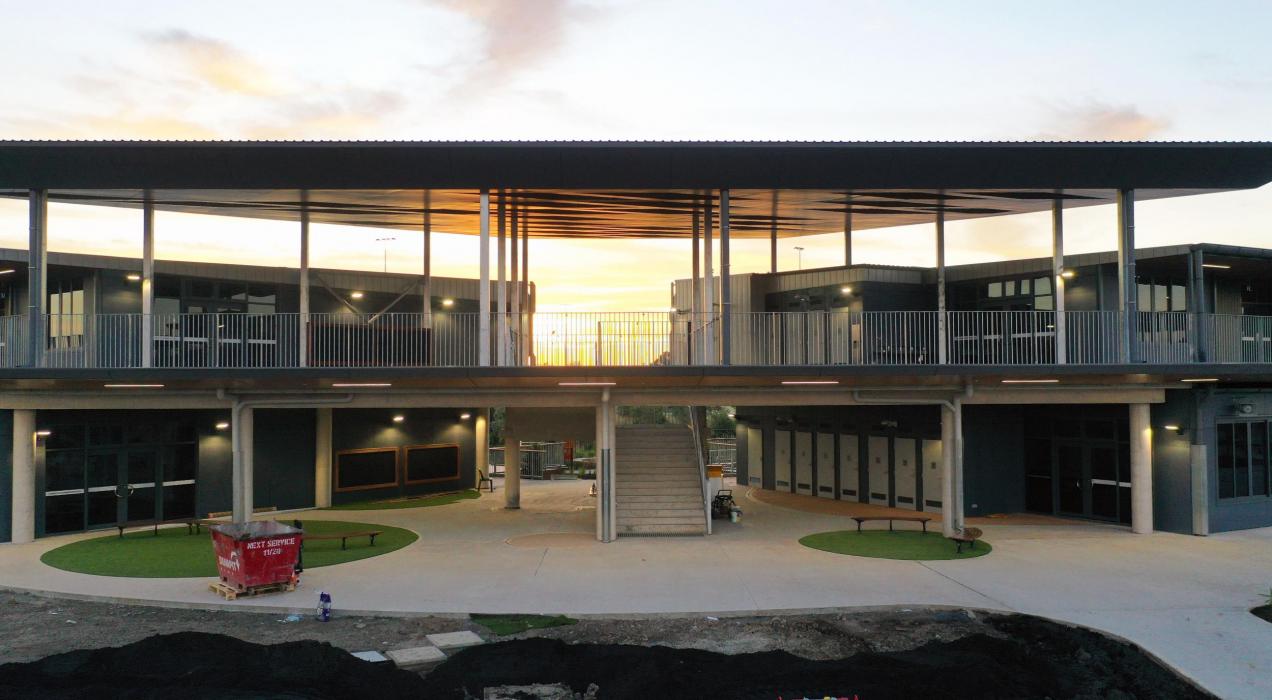 As part of the NSW Government’s $4.2 billion investment in providing growing communities with new schools, Jordan Springs Public School is one of the first in a series of new concept “rapid-build” modular schools within this package. The classroom and admin buildings are constructed of double-stacked cantilevered modular buildings which were fabricated and fit-out off-site with screw piles adopted to accommodate the challenging site conditions and to allow for quick installation. Between the enclosed modular buildings are open-air infill COLA’s (covered outdoor learning areas), consisting of suspended concrete framed slabs and steel framed roofs. The striking COLA roofs, with faceted diamond “diagrid” patterns, provided the structural team with the biggest technical challenge and the team worked closely with the architect to ensure the high-level of architectural detailing was economically and practically achieved. Cost savings were also achieved by supporting the columns of the large entry awning off the adjacent steel framed hall structure. Due to the size and relatively flat topography of the school, a combination of piped systems and grassed swales were incorporated to direct surface flow from one side of the site to the other. This was particularly challenging as designing these systems needs to consider the presence of children which limits the quantum and velocity of flow able to be conveyed over land.

The school was assembled within seven months, with an extra two months needed to finalise additional works such as landscaping.